The Haryana State was constituted on November 1, 1966, as a result of the partition of the former state of Punjab into two separate states—Punjabi-speaking Punjab and Hindi-speaking Haryana. Although the reorganization followed demands made by the Sikh community for a Punjabi Suba (Punjabi-speaking province), it also substantially met the aspirations of people in the Hindi-speaking region of Punjab for a Vishal Haryana (Greater Haryana). The name Haryana, from Hari (the Hindu god Vishnu) and Ayana (home), means “The Abode of God.”  Haryana, with 22 districts, is a state in the northern region of India and is the nation’s eighteenth most populous. 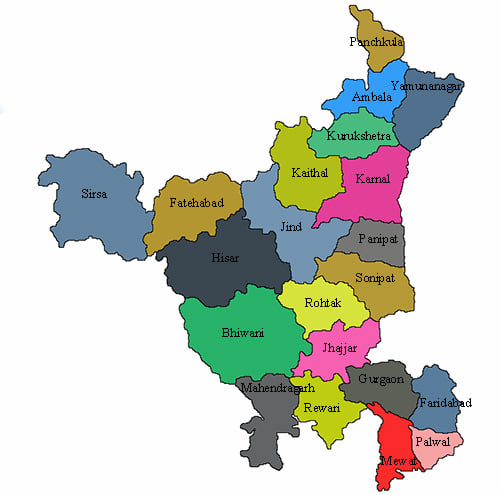 On 1st November 1966, Haryana was constituted as a separate state with seven districts, according to the partition plan of the then East Punjab. The seven districts were Rohtak, Jind, Hisar, Mahendragarh, Gurgaon, Karnal, Ambala. At present, there are 22 Districts in the state of Haryana, out of which there are 21 District Courts. The High Court of Haryana State is located in Chandigarh.

We advise to candidates for Haryana Court Recruitment 2021, How to Apply, Selection Process, Age Limits, and other details please read given here official recruitment notification carefully before apply online or Offline.

We wish you all the best for a better future.

Know the current status of your case by Return SMS

Important: Case Number Record (CNR) is a unique Identity Number of each case, which remains constant. All the Advocates, Litigants, and stakeholders are requested to ascertain the CNR of their respective cases from the concerned Courts and to refer the same for all future references.